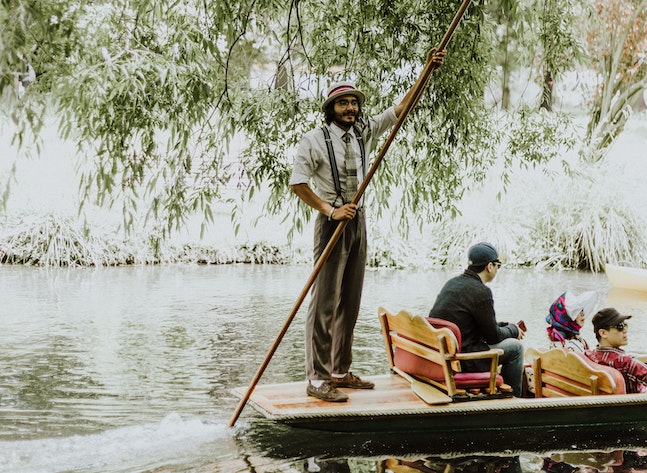 Immerse your reader in the story with actions, thoughts, and sensory details. You will pull your readers into the narrative, allowing them to feel as though they experience what happens instead of reading about what happens.

This approach is the basis of the fiction writing adage: show, don’t tell. Telling is exposition, keeping the reader at an intellectual distance while immersing them in the story allows them to feel what your character feel.

Sensory detail is your entry into showing. From sweat trickling down your hero’s side to the sounds, smells, and sensations of a jostling crowd, focus on details. When you activate your reader’s senses, they become emotionally engaged.

The idea is to help the reader feel what your character feels. Use all the senses, but not necessarily at the same time. Scatter those sensory details throughout a scene, so your reader hears, tastes, smells, feels, and sees the scene by the end.

Reveal only a few details at a time. Let the reader imagine what else surrounds your character. Plus, you’ll keep from overloading them with long narrative passages. Present just enough so your reader can draw their own conclusions about what else is there, or what a character has left unsaid.

Showing is the best way to gain reader empathy with your characters. You don’t need to say your hero stands six feet tall. Show him stooping to enter a low doorway or towering over another character. In fact, too many details keep your reader from forming their personal image. Hints at scattered details will call on your reader to fill in the gaps.

Action is the best way to show readers how your character interacts—with other characters and the setting. Rather than telling your reader your heroine is a good judge of character, bring them along as she makes judgment calls about how another character is acting or speaking.

Use dialogue as your showing superpower. Dialogue can show a character’s experience, reveal their personality, and demonstrate their relationship to another character.

Word choice is the key to character differentiation. Give each character a few words and phrases they favor and even sentence structures only they use. A character may use elaborate sentences because they want to sound erudite. Another may use run-on sentences as they rush to get out everything.

The same character may have a different conversational tone depending on the relationship to the other character or characters in the scene. Exploring the changes in tone can take some practice, but your reader will notice the tone shifts, and feel your character responding to the situation.

As your characters speak to each other, establish phrasing that reflects both their overall relationship and that particular conversation’s tone. In one scene, two characters may act friendly and cooperative, and in another, they may disagree. It may seem self-evident, but the phrasing you use, the actions they take, and their interaction with the setting all combine to pull the reader in.

Sometimes you want to be direct with character goals and tell the reader. I’m going to get him, no matter what. But, especially for internal goals, you can show your character rethinking an attitude or treating another character in a different way without explicitly telling what the goal is. Readers are smart. They will notice and understand the shift.

Subtext is an excellent vehicle for showing. When your reader understands your character’s motivations, they know when your character leaves something unsaid or refrains from “normal” action. You don’t need to spell out everything.

Readers Love to Fill In the Gaps

Showing your reader the way into your story requires engagement. Engagement builds emotional connection. Your reader may not be able to explain why they are drawn into your story or why they care about your characters, but you will know.
Photo by Priscilla Du Preez on Unsplash