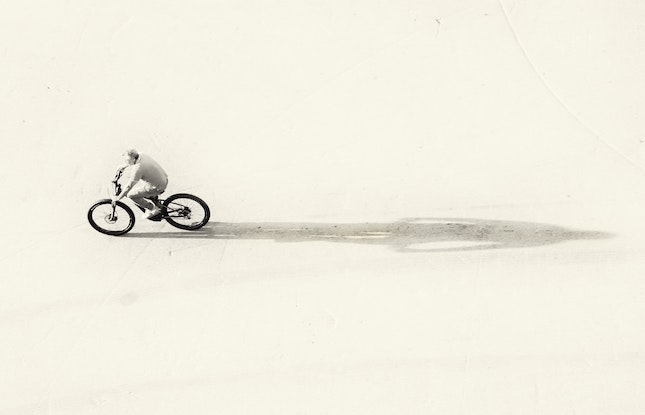 Use Inference to Foreshadow in Your Mystery

Foreshadowing hints at what is going to happen later in the story. As the reader continues with expectations regarding the next events, foreshadowing creates a sense of suspense.

Use character dialogue, plot events, and settings to forecast future events. Each method provides an indication of what is to come to the reader. Each instance builds suspense for the reader who wants to know how the dialogue, event, or setting change will lead to discovery.

The clues your sleuth uncovers in a mystery serve as precursors to the final revelation. On the other hand, the mystery writer must figure out how to plant clues without revealing the villain. Foreshadowing requires you to hint but not reveal, until the end.

Rather than stressing the clues that point to the final discovery, you want to tantalize the reader. The device provides foreshadowing to keep your readers guessing.

You want to tantalize your reader in your mystery novel while keeping the focus on the clues that point toward the final discovery. The device works like a secret foreshadowing to keep your reader guessing. Without giving away the secret about the villain, you invite your reader inside the puzzle.

Craft Methods For Clues and Foreshadowing

Place the real clue before the fake one. Most readers and your sleuth focus on the last clue presented. This is great way to get started with mystery clues. First, use or show the clue, then immediately focus on a different clue or red herring.

Emphasize the irrelevant, but de-emphasize the clue. The reader sees the clue, but does not see what’s important. Consider this, for example, a sleuth may understand the value of a company report and its statistical details, but doesn’t consider the man who wrote and researched the report.

Plant the clue before it has any context. To your surprise, your sleuth may stop and walk by a man cleaning his yacht with chemicals before a business partner dies. This tactic is found in Inspector Barnaby mysteries by Carolyn Graham.

The meaning of a clue is misinterpreted by your sleuth. The murder occurred in an open-air room with windows. That’s how the killer escaped, says your detective. But the windows opened to let in the evening breeze, and the killer escaped through the door and into the back staircase. This is a great tool for a sleuth whose flaw restricts her from seeing the real meaning.

Acts happen, but the real clue is missing. Sherlock Holmes realizes the dog did not bark in “Silver Blaze”, which isn’t the case.

Scatter bits of the clue in different places throughout the story like a time-release. Mix up the logical order. For example, there are no fish in a suspect’s room, the water in a fishbowl is empty, when the dtective finds an aquarium. She later finds six fish bodies tossed out of the window. When she recalls the empty aquarium, she has an “epiphany.”

Get a cluster of clues together and squeeze in real clues. Place the clue in plain sight. A story with multiple suspects employs this technique. Agatha Christie’s Murder On The Orient Express and John D. MacDonald’s Travis McGee mysteries are examples of this technique.

Immediately draw your reader’s attention away from the clue. The reader follows a false trail. There are more clues than the suspect is looking for that aren’t the real ones. In Adrian McKinty’s The Cold, Cold Ground, the clues point toward a serial killer who targets homosexuals. This wasn’t the case at all.

Create problems with time. At the time of the murder, a suspect has an alibi. Later on, it turns out that the murder was earlier and that the alibi does not work. According to the alibi, the suspect claims a safe time, but could have been present during the time of the crime.

Action camouflages a clue. As your sleuth glances at a scrap of paper on the floor, he’s hit from behind. In the following actions and consequences, a trip to the hospital, canceled appointments due to waiting time, etc., your sleuth overlooks the clue. Jo Nesbø uses action camouflage in his Harry Høle stories.

Why The Mystery Writer Works Harder with Foreshadowing

Photo by Marco Bianchetti on Unsplash